For Buyers. For Sellers. And Everyone Else. 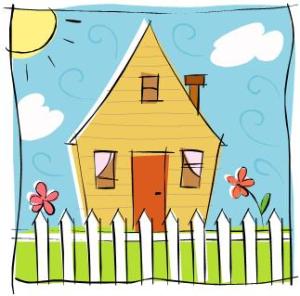 “Buyers are Liars” is a phrase tossed around by real estate professionals. I don’t love it. (Nope, not the way I think about my clients.)  It is, however, shorthand for a common phenomenon, which goes like this…

A buyer tells the agent he wants a brick 2-story home with at least 4 bedrooms, located on an acre of land in a particular suburb. And, many house showings later, with great joy, he buys a 3 bedroom ranch on a tiny lot, 10 miles away from his target neighborhood…because it has such a pretty view of the lake. Or because the nearby school turns out to be an ideal fit for the needs of his child. Or because the newly remodeled kitchen in this house is exactly what his wife has been dreaming of, and suddenly nothing else mattered more to him than the way she smiled in that kitchen.

Was he “lying” at the outset? No, of course not. He was telling the truth as he knew it at the time. And through the process of the house hunt, what was true for their family changed. In my mind, that is where the magic of this process is often found. It can be a fascinating journey of discovery (and I am a big fan of “aha!” moments).

Sometimes people think that ordering up their new home will be as straightforward as ordering in a restaurant: no pickles, hold the mayo, medium rare. Houses, alas, are not hamburgers. For one thing houses have many more variables, and sometimes buyers will realize they really don’t mind living with the “pickles,” as long as it means they have that view of the lake, and plenty of other features they adore. There’s a lot to consider along the way.

In the last few weeks, several of my buyer clients have closed on houses that have turned out to be very different from what they originally thought they wanted. After looking at many places, all of these folks walked into the house that became “the one” and their faces glowed with delight. One was a bit further from work than they’d first hoped. One had one less bedroom. One was a longer-than-desired walk to a local amenity. One was a little further from Grandma. One was a little less updated than would have been ideal. Seeing that list, you’d think they might have been disappointed, but they were all thrilled with their choices, because in scores of other ways (which they decided were MUCH more important to them) their houses were just about miraculously perfect for them. One had fabulous architectural design. Another oozed with cottage charm. A third one had so much more space than they’d thought was possible. One had a huge/gorgeous/fenced backyard that was ideal for their sons’ playtime, and for BBQs with their large extended family. Another had tremendous inherent disability access…saving money, time and worry.

Were these buyers “lying” when they created their original wish lists? Nope. We just took the time they needed on their home search so that they could genuinely puzzle things through, and it became very clear to them which of the characteristics they listed were gotta-have-it needs, which were serious not-to-be-messed-with wants, and which turned out to be low-level preferences that were as easy to let go as unwanted mayo on a burger.